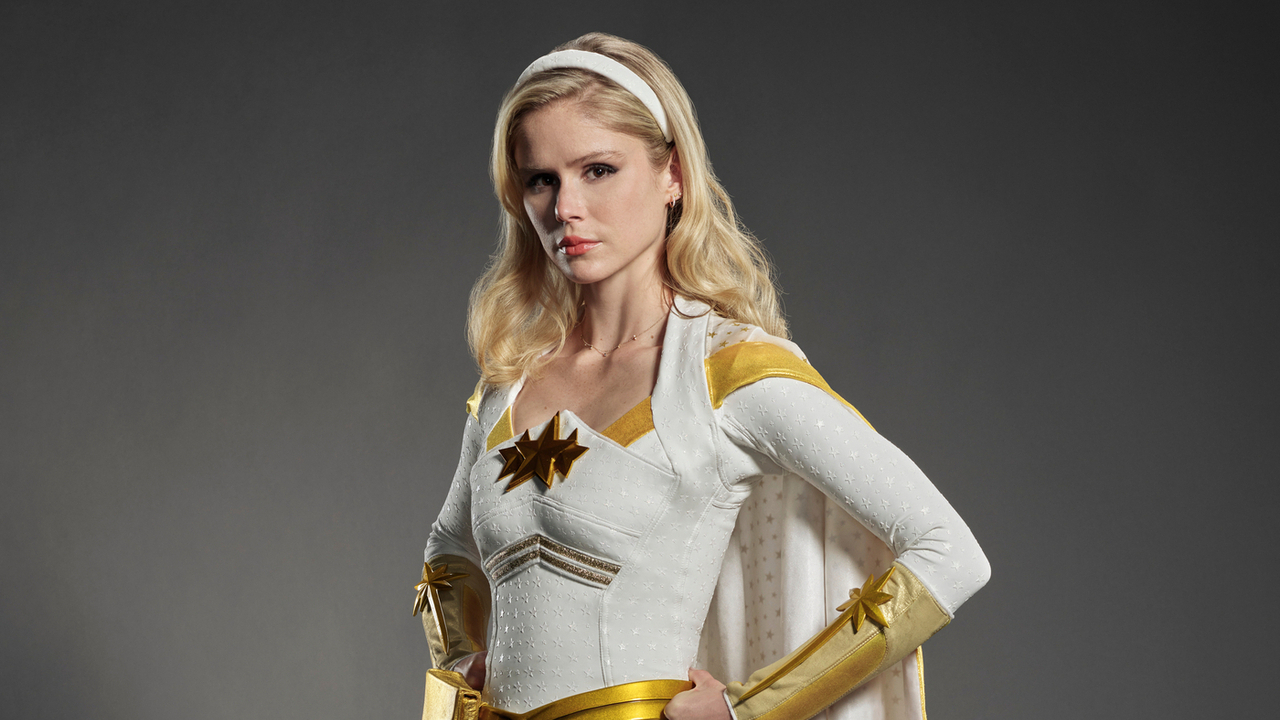 The Boys wrapped its wild third season on Amazon Prime back in July, but now the show is making news for some upsetting reasons. Actress Erin Moriarty recently revealed the toxicity that she has experienced from trolls due to her role as Starlight, and went into detail about how she feels “silenced,” “dehumanized,” and “paralyzed” from the comments. Her co-stars wasted no time in showing support, however, and now creator and showrunner Eric Kripke has dropped some F-bombs in defense of the actress.

Given that the three seasons of this show so far have tackled issues of Starlight dealing with misogyny and abuse, it’s no surprise that Eric Kripke had a lot to say to anybody claiming to be a “fan” of The Boys while directing hate at Erin Moriarty. Taking to Twitter in response to the actress speaking out, Kripke wrote:

Kripke didn’t hold back in his defense of Erin Moriarty, addressing the trolls directly, pointing out that they were missing the point of the show, hurting a real person instead of a fictional character, and… well, what they should do with themselves if they can’t be decent to others. The storylines of The Boys Season 3 became even more twisted with the addition of Soldier Boy (and The Deep’s dalliance with the octopus), but the showrunner was 100% direct in what he aimed at the trolls.

Like when Erin Moriarty’s post gained some support from co-stars including Jack Quaid (who plays her on-screen love interest Hughie) and Chace Crawford (a.k.a. The Deep himself), Kripke’s message gained some Twitter love from others at the show. Antony Starr, whose Homelander made Starlight’s life even harder than ever in Season 3, proved that he’s very different from his character, as he responded to Kripke’s tweet:

Jordana Lajoie, who has recurred on The Boys as Cherie, shared a heart emoji in response Kripke’s message, and Hilarie Burton Morgan (whose husband Jeffrey Dean Morgan joined The Boys for Season 4) had no fewer than seven hand-clapping emojis to share.

The Supernatural family was also represented in the reactions to Eric Kripke’s post. Kripke created the long-running series and served as showrunner for five of the 15 seasons, and several of the stars showed their support. Alona Tal, who played Jo, wrote “Best response EVER !!!!” in her Twitter response, while Sebastian Roché (who played the angel Balthazar) and Rob Benedict (who played ally-turned-villain God) both went for the hand-clapping emojis.

While it’s awful that Erin Moriarty has had to deal with trolls that made her feel “dehumanized,” we can only hope that the support of those who work with her is helpful for her. The vast majority of people who commented on Kripke’s post were complimentary to either Moriarty as Starlight or the showrunner for coming to her defense.

You can see Erin Moriarty fighting the good fight as Starlight with all three seasons of The Boys, streaming with an Amazon Prime subscription now. Suffice it to say that she ranks high on the “good” end when it comes to ranking The Seven characters from good to evil! And as Eric Kripke said, those who can’t be kind just shouldn’t watch, because they’re not wanted.