Can you eat mushroom during pregnancy

Mushroom, which is also called mushroom by many people is beneficial for health in many ways and it is considered very tasty in food. The specialty of mushroom is that it is a low calorie food which is rich in protein and fiber. Apart from this, mushrooms are also found in plenty in vitamin D, vitamin B, iron and many minerals and antioxidants, hence it is also called the power house of nutrients.

Mushroom not only strengthens immunity but also prevents heart disease, helps in relieving obesity, is also beneficial in diabetes and helps to relieve stomach problems. Overall, mushrooms are a healthy food that people like to eat in their salads, soups, pizzas, or pasta as well as making a tasty vegetable of mushrooms.

Although mushrooms are a safe food, there are some species of mushrooms that can cause allergies, side effects and sometimes mushrooms can prove to be fatal. Some types of mushrooms such as consuming wild mushrooms or magic mushrooms may also cause problems like nausea, vomiting, diarrhea, abdominal pain in some people. In such a situation, it is also important to pay attention to the kind of mushrooms you are consuming. But can pregnant women also eat mushrooms? Is mushroom safe for the health of the unborn child? We are giving you the answers to all these questions in this article. 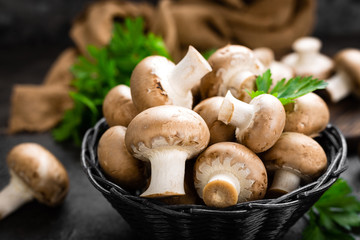 Can you eat mushrooms during pregnancy?

If you also have doubts about whether you should consume mushrooms during pregnancy or not, will the mushroom harm your child? So the answer is that eating mushrooms in pregnancy is completely safe. But the most important thing here is how you consume this mushroom. During pregnancy, raw mushrooms should not be eaten at all as it can cause harm to your unborn baby.

Mushroom is a fruit of fungi or fungus that grows on soil, wood or other plants. Therefore, consuming raw mushrooms can be harmful for both you and your unborn baby. Apart from this, raw mushrooms are carcinogenic i.e. eating them makes the mother and fetus growing in the womb also prone to cancer. Cooking the mushroom reduces its carcinogenic effects. Also, the nutrients of the mushroom are not released until it is cooked properly.

So only ripe mushrooms should be consumed during pregnancy and that too only if you have no allergy to mushrooms. Although mushrooms are generally considered safe for pregnant women, however, you should consult your doctor or dietician once before consuming them. Also, while buying mushrooms, keep in mind which mushroom you are buying because there are some mushrooms that contain toxins that can cause pregnancy loss.

The foodborne illness that affects pregnant women the most is Listeriosis, which enters the pregnant woman’s body through Listeria bacteria. Listeria is usually found in raw foods or less cooked foods. When pregnant women eat this kind of food, they feel nauseous, vomit and other digestive problems occur. So pregnant women should not eat raw mushrooms even by mistake.

Which mushroom to eat in pregnancy, which one does not?

If you want to eat mushrooms during pregnancy, always remember that one should not eat raw mushrooms at all. Wash and cook the mushrooms thoroughly, and only then consume them. By doing this, the harmful fungi present in the mushroom will not be able to harm your digestive system in any way. Also, if you do not know if you are allergic to mushrooms or not, then eat a little bit of ripe mushroom during pregnancy and then see how your body reacts against it. If there is any type of allergic reaction, then see a doctor immediately and never consume mushrooms in future.

Benefits of eating mushrooms in pregnancy 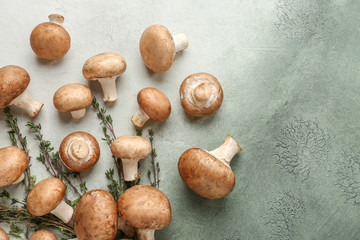 mushroom is the source of Vitamin D

Mushroom is rich in vitamin D and hence it should be consumed during pregnancy. Actually, vitamin D helps in absorbing calcium, which makes the bones and teeth of the fetus growing in the womb stronger. Up to 12.6 units of vitamin D is found in 1 cup shiitake mushrooms.

Mushroom is an excellent vegetarian source of protein. Protein is very important for the development of an unborn baby, therefore mushroom rich in protein should be consumed during pregnancy. Apart from this, fiber is also found in mushrooms, which removes the problem of gas in the constipation and stomach, as well as eliminates fatigue and also gives you energy throughout the day.

Iron helps to make hemoglobin in the red blood cells of the blood which is very important during pregnancy so that you can avoid the problem of anemia during pregnancy. Mushrooms are rich in iron. In addition, the antioxidants in mushrooms strengthen the immune system and help protect against common diseases.

Mushroom is a good source of vitamin B

Mushrooms are a natural source of nutrients like vitamins B1, B2, B3 and B5. All these elements of vitamin B make baby’s skin healthy, increase eyesight, and help strengthen bones and muscles. Therefore, to get the benefits of vitamin B during pregnancy, mushrooms should also be consumed.