Experts say high-yield seeds spelled the end of thousands of indigenous varieties. The result was a loss to consumers and the ecosystem.


Red okra from Karnataka. Black rice from Gujarat. Red corn from Tamil Nadu. What you would describe as exotic varieties of food today are mostly indigenous crops that belong to a specific region, once standard local fare that got gradually overrun by the high-yield, heavily-marketed varieties.

Many such indigenous crops have gone extinct. Many more are on the brink. But with Indian households becoming more conscious about healthy eating and the natural benefits of consuming local food — thanks, in no small measure, to the social media stardom of nutritionists who espouse the indigenous cause — awareness among both consumers and farmers is increasing.

“We have 6,000 types of paddy in India. There used to be 5 lakh at one time. The urban consumer today can hardly name three,” says Dwarapudi Ravi, an organic farmer from Andhra Pradesh. Ravi was among 3,000 farmers who had come to the dusty village of Shilpgram, about 3 km west of Udaipur in Rajasthan, recently for a seed diversity festival.

When a plant variety goes extinct, he says, an entire knowledge system is lost. “Our elders knew what rice variety to eat if you had an ailment. For instance, Nawara red rice helps with diabetes, a rare black rice, Kalawati, helps prevent cancer and vitamin B12 deficiencies. Pregnant women were fed Kullakar rice and sandstone rice was known for its aroma. Most of these can’t even be found now,” Ravi adds. Among organic foods that have nearly disappeared is the raayan (a summer fruit grown in central and western India), timru (an evergreen Himalayan berry) and kuri (a type of small millet). “In the last 10 years, many varieties have gone extinct — for instance, yellow ragi does not exist anywhere now. And it is only because of homogenous cultivation practices,” says Rohit Jain, secretary of the Organic Farming Association of India (OFAI). “We can’t end up growing the same crop all over the country.”


But this is precisely what happened. The Green Revolution, meant to bolster the country’s food security, sounded the death knell for these hyper-local crops. “Before the 1960s, indigenous crops were grown widely. These were low-yield varieties but better suited to each area’s specific topography and climate. The Green Revolution brought more high-yield varieties. Cultivation practices improved and farmers switched to commercial crops like wheat and rice,” says Dr Sanjay Kumar, scientist at the Indian Grassland and Fodder Research Institute in Jhansi. “Indigenous seeds were lost,” he adds.

The loss of any specific crop variety affects its immediate ecosystem. Plants and animals dependent on it fade away. A whole set of micronutrients is gone and genetic diversity of agriculture shrinks. Besides, indigenous crops reduce carbon footprint, introduce nutrients more suited to a specific area and are more resistant to adverse climatic conditions and pests. “These crops are pest-resistant and superfood. There’s a reason they were grown traditionally. Reviving them and taking them to consumers directly is what we’re trying to do,” says Jain of OFAI, a small group of farmers, activists and plant breeders working towards rescuing endangered indigenous varieties of crops. 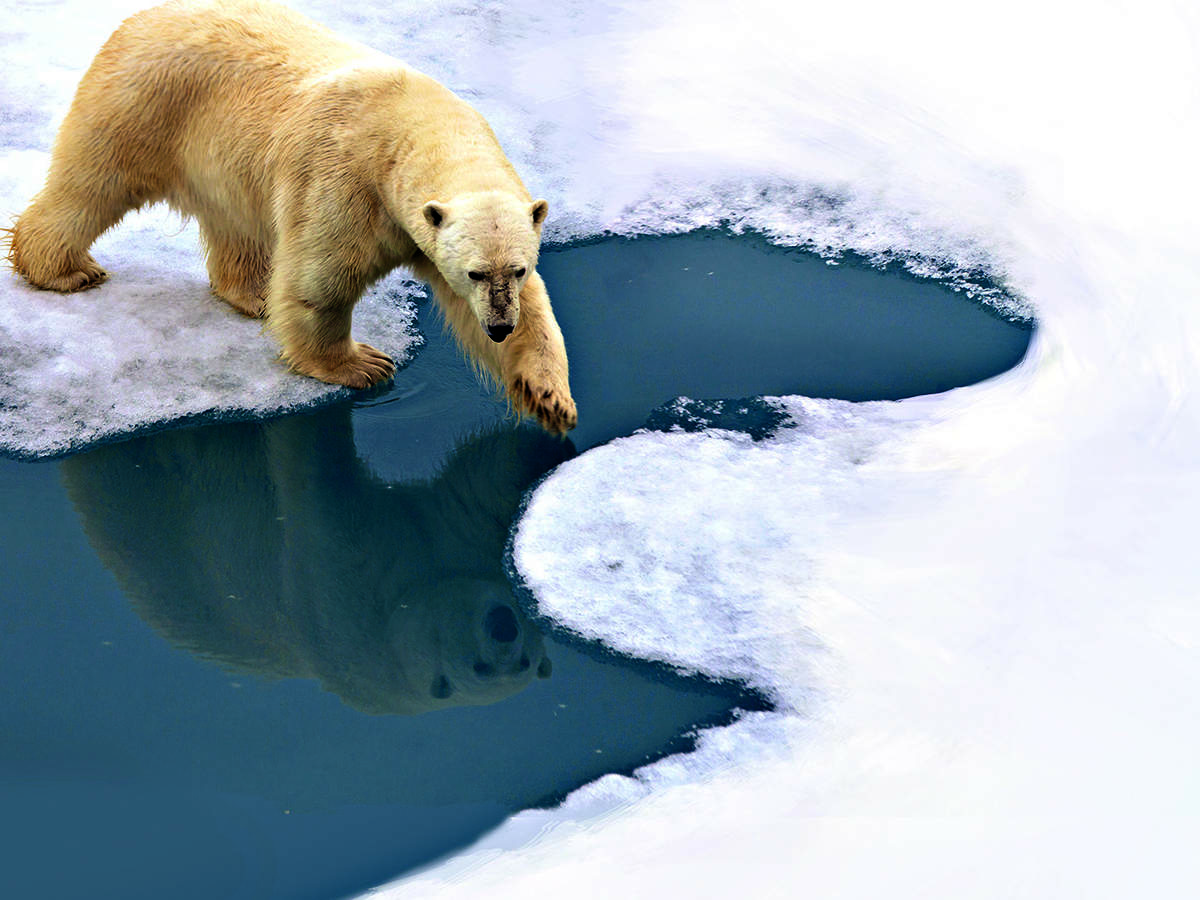 It’s at the northernmost part of the earth. But the polar region is no longer distant from our lives. It is central to how
climate change will impact us.

At the seed diversity festival, one of those who had set up a stall was Dr Leena Gupta, a food scientist hoping to startconversations around local crops. “After studying local and indigenous biodiversity for 19 years, I found there are 17,000 edible plant varieties in our country,” says Gupta, adding that “we only know or consume some 250-300.” At her seed stall, she talks about the benefits of having the little-known Chhota Udaipur red rice and the Ranikajal black rice. “Moringa flowers and leaves (known for their medicinal properties) fill people’s courtyards while they go out and buy out-ofseason vegetables straight out of cold storage. Having food in sync with nature will always keep you healthy,” she says.

Supplementing research like hers, organisations are spreading the word on how a switch to traditional crops is better for everyone. “We used to think thyme is a weed — not fit for even cows and monkeys. Rhododendron flowers would pile up on the forest floor and no one would care,” says 65-year-old Mohini Bisht, another participant at the festival. Then, 10 years ago, an NGO visited her village in Nainital and told people about the potential local cultivation had in terms of not just sustainability but also economic viability. “There was a turnaround. We started promoting our Kumaoni herbs and local teas. Thyme sells at Rs 500 per kg and the rhododendron flower is sought after for its saffron-like strands.”

But for a more large-scale switch to cultivation of indigenous crops, there’s a need for an enabling ecosystem and the government has to step in with awareness campaigns to induce demand. Farmers also need better knowhow to grow some of these crops, which can be expensive. They also need to know that consumers will buy what they produce.

“Organic is costly. It has more nutritional value but the demand-supply space is niche,” says Gupta. Both Jain and her believe government initiative is needed to promote these crops. “Farmers who are going organic are doing so with their own resources. If the government subsidises chemical fertilisers, why can’t it incentivise organic farming?” asks Gupta. “To scale up indigenous farming, government could start by introducing these through anganwadi projects,” says Jain. For now, no such plan is on the table. “Farmers are trying to save these dying crops by themselves. The government does have the All India Coordinated Research Project for minor millets, etc., but we don’t have any specific scheme to support organic farmers,” says an official at the National Agricultural Cooperative Marketing Federation of India (Nafed).